Several months ago, we bought a groupon to the St. Louis Museum of Transportation. It was about to expire (March 26th, I think) so we decided to use it on Norah's birthday. Kevin took the afternoon off and we met him there after a quick lunch at home. 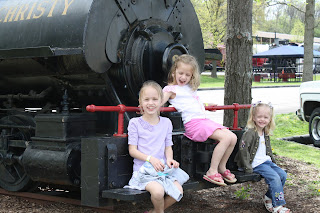 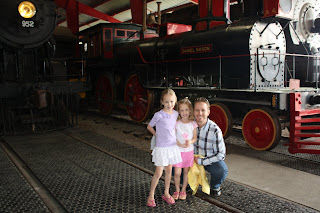 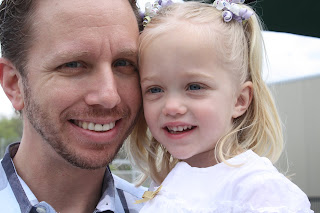 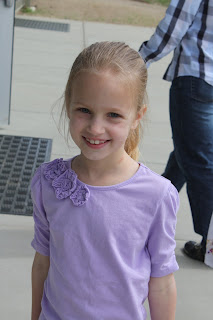 The weather wasn't great, but it only actually rained for a couple of minutes while we were there. The rain/hail basically held off until we were on our way home. Then is just down poured. I have never seen so much hail in my life. It was like driving through snow - and the roads were slick!! Daphne slept through the whole thing - which I can't believe because it was so loud!!